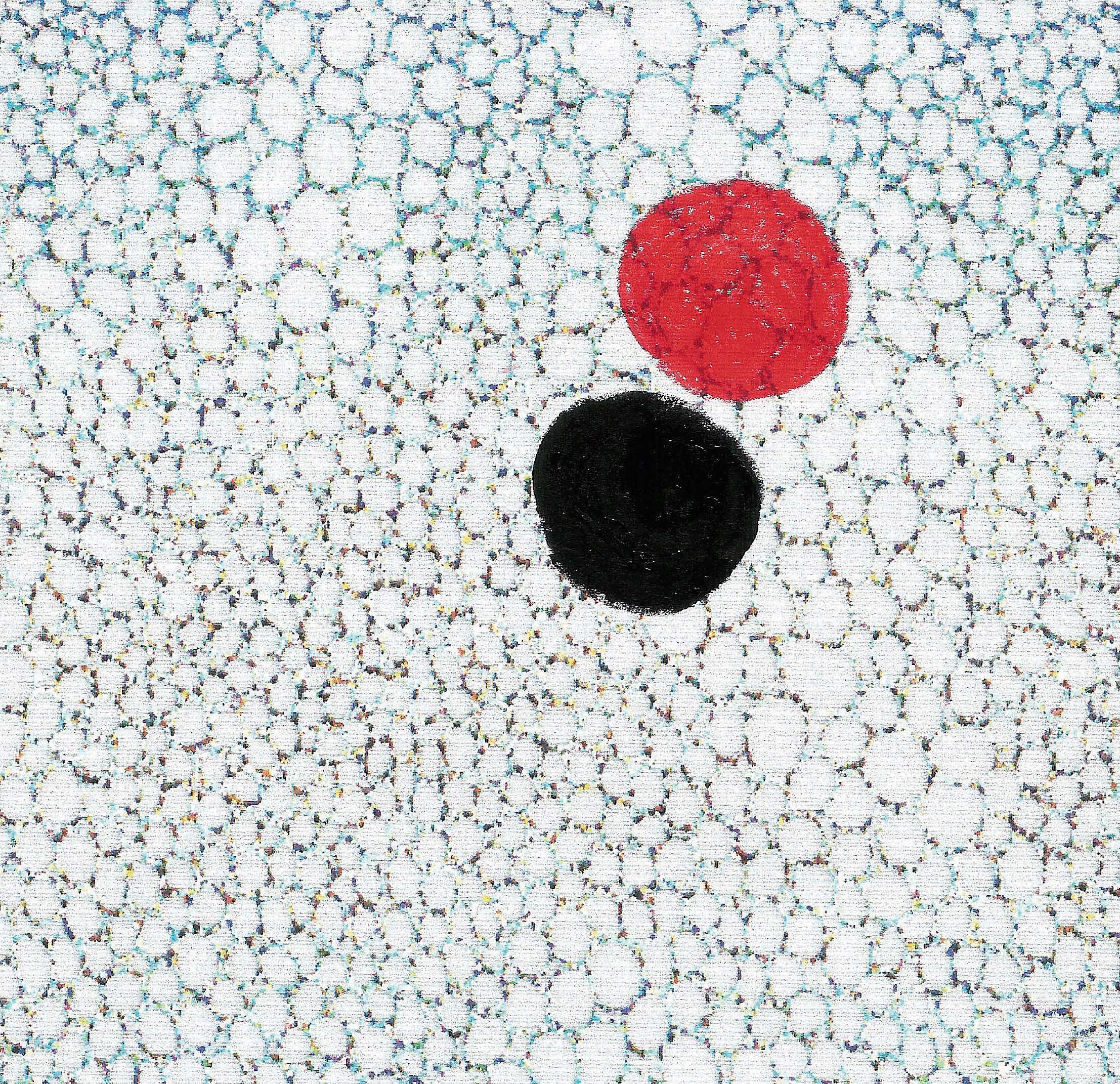 “ relationship between voices that are harmonically interdependent yet independent in rhythm and contour.”

Uses her own cultural reference as a point of departure and makes connections to the different cultural worlds to reconstruct her own
identity. The use of color as a formal tool and femininity as a central point, help develop a very personal visual vocabulary. Her works
express the attributes of the baroque and show her preference for fleshy, voluptuous, generous, curved organic forms. The soft feeling of
her works invite interaction and the opportunity to touch.
An essential component of the baroque festivals or any religious or secular celebration was always an elaborated staging and temporary
assemblies for the joy of the spectators. In our next Gallery show “Contrapunto”, Labin uses huge pictorial wall drawings called
“Scenarios”, like ephemeral architectures, where the Pulpa works interact creating an improvised imaginary world.
Clemencia Labin is a visual and performance artist. She was born in Maracaibo, Venezuela in 1946. She grew up and went to school in
Caracas before moving to New York in 1970 to attend College. In 1972 she obtained a Bachelor of Arts, and in 1974 a Master’s degree in
Business Administration from Columbia University in New York. 1975 Labin then moved to Germany and attended the Hamburg Academy
of Art until 1990, where she studied under Kai Sudeck, Franz Erhard Walther and Sigmar Polke. In 2000 she creates and organizes an art
festival in Maracaibo, Venezuela, called Velada Santa Lucía. The annual festival showing international and South American artists ran for
13 years until Labin completed the project closing with a “grand finale” in 2013. In 2011, Labin represented Venezuela at the 54th Venice
Biennale. She currently lives and works in Hamburg, Germany.

Illuminated totem poles, covered in crochet, knittings and found objects reveal the similarities between the modern, hi-tech materials used
and the colloquial, lo-tech crafts used; creating an equilibrium between traditions, technologies and generations. The use of embroidery
and technology creates a connection between past and present and between gender-related trades, while emphasizing the contemporary
relevance of crafts. Her installations re-contextualize the traditional use of colloquial, lo-tech crafts; crochet and knittings, exploring social
views on civilization, technology and gender. Her use of fibers reveal traditions currently being erased and disregarded portraying our need
as immigrants to carry everything with us through the journey and consequently uncovering a fragmented reality. Two-dimensional use
of silver silhouettes on the walls transforms and duplicates the shadows the pieces cast, emphasizing that reality is a shared
hallucination.
Alex Trimino was born in Colombia and lives and works in Miami, FL. Trimino graduated with a Master in Fine Arts from FIU Florida
International University. She attended Ox-Bow Artist Residency affiliated with the school of the Art Institute of Chicago as a recipient of
the Joan Mitchell Foundation Scholarship for Visual Artist. Trimino has been the recipient of several awards, from prestigious institutions
such as The Patricia & Phillip Frost Art Museum, The Elliot Museum, Appleton Museum of Art, Rawls Museum Arts, Cambridge Art
Association and Joan Mitchell Foundation. Her work has been exhibited extensively in the United States and internationally, with solo
exhibitions at Läns Museum, Örebro, Sweden and International Art Symposiums.